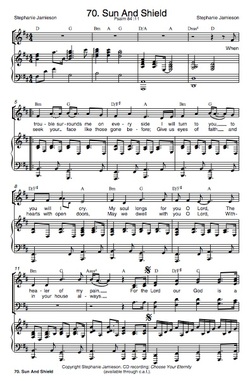 
Worship was first published in 2008, by c.a.t. (under the NCC umbrella) responding to a need within the Christadelphian community for usable original music. It was released in time for the Australian National Christadelphian Conference, held at Sydney, and quickly over 1000 copies were sold. The 2nd edition, published in October 2010, has additions and corrections but essentially is the same book from 2008. The 2nd edition also has capo chords for some songs. To date (2013), around 2800 copies have been sold worldwide.

Worship represents the spectrum of praise used today in the Christadelphian community. The songs within Worship are intended for personal and congregational worship. The word "worship" has referred to both an immediate reaction to the presence of God manifested, and the formal services organised for praise and rememberance of God, His promises, especially the fulfilled promise of His son, Jesus. The works within this volume are themselves an action of worship, both immediate and planned, because of God's greatness, His message, and His calling.

Worship consists of piano/vocal, SATB, and lead sheet arrangements. Many of the songs have already been recorded in Australia and the UK.

A wide range of musical styles are within the book, including contemporary pieces, choral pieces, ballads, hymns, rounds, works from original musicals, and so on. There are additional Worship resources at the c.a.t. site including files for transposing instruments and audio files of most of the Worship songs.